When I put out an open call on Instagram for anyone in the County to collaborate with us, I expected to get a handful of DMs. “It’s a crazy time,” I thought. “Who really wants to dig deep with a stranger, right now?” I was wrong. With more than forty responses and a level of enthusiasm and creativity I’ve never seen before—we’re deep diving into the co-lab sessions, and it’s been a totally wonderful thing.

For LIFE AU LAIT, collaborating is a path to meaningfully connecting with the people in our community. While relationships take time to cultivate, collaborating brings people together quickly, thrust into a sharing of minds and creativity in the service of a bigger interest—the chance to produce something great. In collaborating, we got insights into people we hadn’t had the chance to know yet and see the ones we already knew in a different light.

At a time like this, where uncertainty looks different every day, the thrill of creating these complex, multidimensional projects and watching how our goals layer and ripple as they develop through the lens of various talents and with accumulating interventions from each tier of people they touch is where the magic of collaborating happens. And we’re all in, so: watch this space friends.

The Idea: A virtual colouring book that will act as a visual time capsule of Prince Edward County’s experience of the Covid-19 pandemic—illustrated by local artists and coloured by County kids of all ages, from 2 to 102.

The Product: The County Colouring Book is downloadable right here, right now. Print out your favourite or the whole file, then share with your toddler, teen or even your mom or granny. Snap a photo or scan your finished art and upload to the “County Colours” Facebook group (here) to share with the whole County and enter for a $50 gift card from our beloved Picton bookstore Books & Company

The Flow: LIFE AU LAIT collabs with Andrea, we collab with County artists, and they collab with you—the colourers of Prince Edward County—when you interact with their work. And the final collab is when you share your work with us in the Facebook group. What a rush, right?!

But first, here are the people behind this project, first the wonderful Andrea + then our incredible County artists.

Andrea spent her childhood exploring forests, fields, and backyard forts; her teenage years playing violin and viola in the Kingston Symphony; and her early “grown-up” years working with refugees and other newcomers in Montreal. Dreams of green Januaries led her and her partner on a multi-year adventure through Australia and the San Francisco Bay Area, where their daughter was born. Heeding the pull of heartstrings and home, she and her family are overjoyed to have landed in Prince Edward County. Andrea’s love of the area – born from magical meanderings through County beaches, country lanes, and farmstands through the years – combined with her passions for community building and information gathering, led her to launch PEC Parents (pecparents.ca), an online resource for local parents and kids. She welcomes opportunities to connect with and support families and the broader County community, through PEC Parents and beyond! 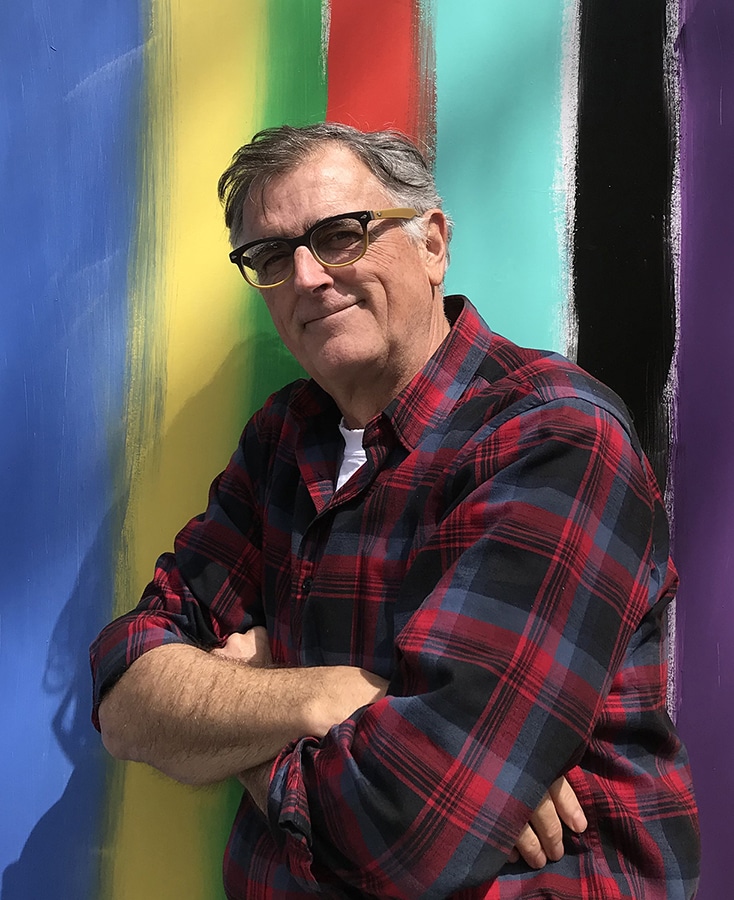 This sketched colouring art is called “Mashed Up.” Its just a bunch of “stuff” all Mashed Up. You can colour it all or just the parts you want, any colour you want.

A graduate of the Ontario College of Art & Design University, Andrew majored in drawing & painting, as well as Communication and design. He has continued to consistently paint, sculpt and exhibit his art throughout his 30-year career as an artist, creative director, professional graphic designer and illustrator with his own graphic design studio, and now Andara Gallery with his wife and photographer Tara Wilkinson.

Come visit Andara Gallery when the County is open again! 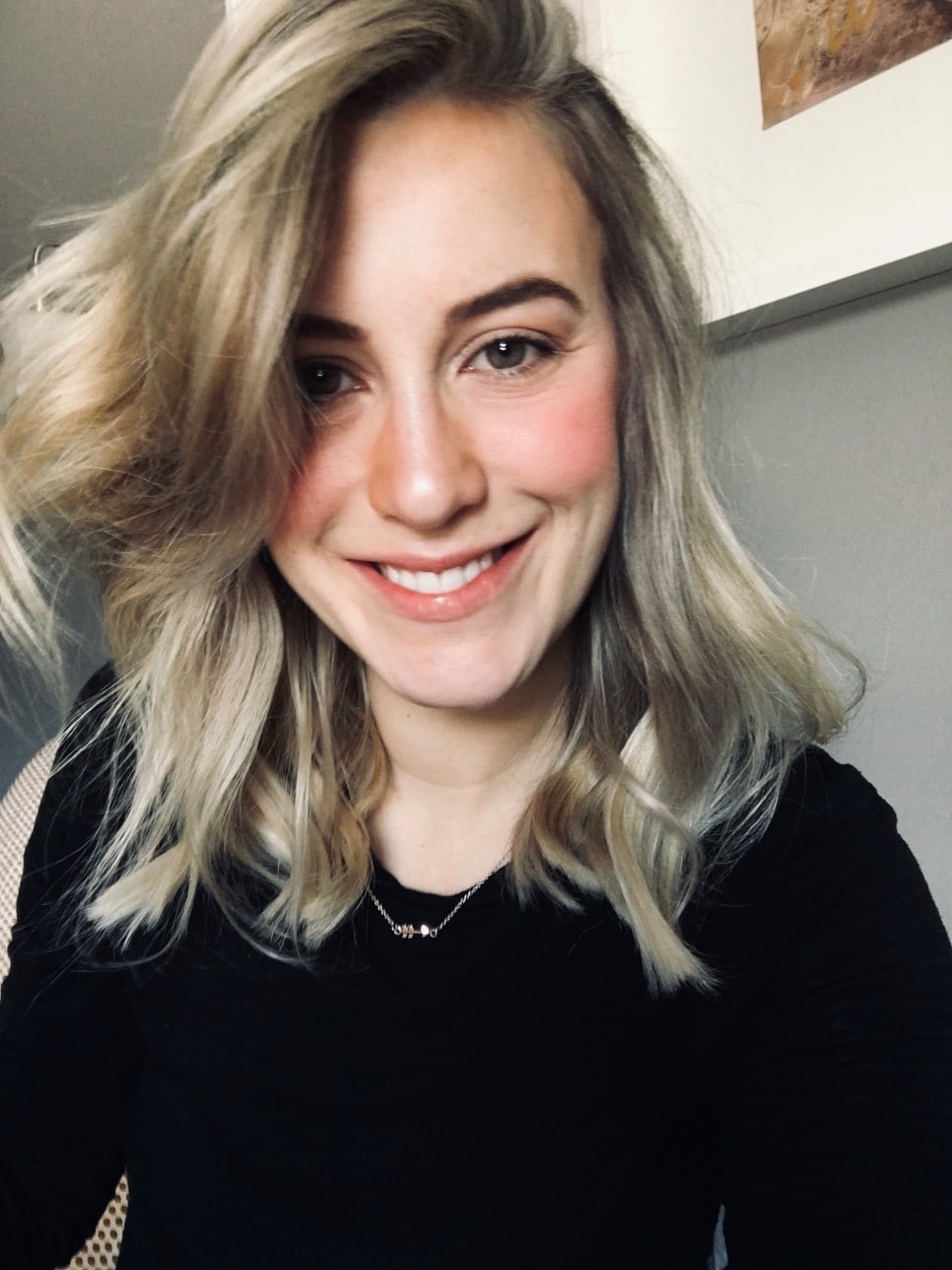 Symbolism and literature are strong influences in my portraiture paintings. I use these elements, and incorporate line variation and colour to convey the complexity of human emotion. I am a highly sensitive person and I feel things very deeply. In my adolescence I filled journal after journal as an outlet for my abundance of conflicting and overwhelming emotions. Using the opposite end of my paintbrush I literally narrate my paintings by etching discrete little messages; tiny symbols, quotes, words and phrases that resonate with me into the slippery strokes that oil paint provides. These instinctual markings emerge as the subject matter evolves. Words are powerful and precision of language is important to me. I am very selective when choosing which words I will utilize to elevate each piece. I always complete my paintings with drips, splatters and compositional brush strokes. I like my artwork to appear messy, even though each mark, stroke, and carving is made intentionally. 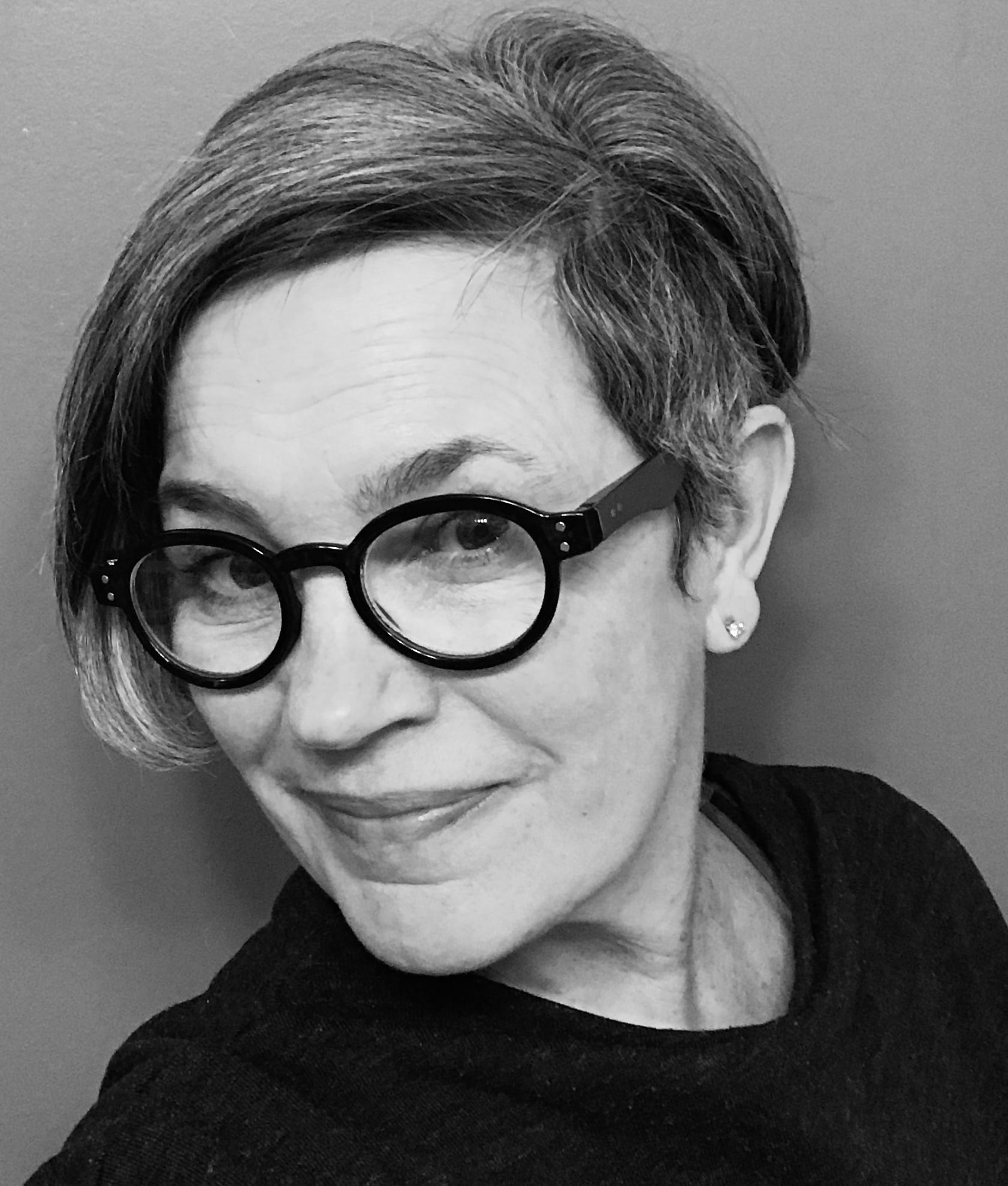 Through her oil paintings local artist Celia Sage aspires to draw attention to the beauty and mystery of daily life and surroundings. She believes that the weight of a shadow, the tilt of a gesture, the depth of a hue can suggest to the viewer a world of meaning.

A native of Idaho, Celia studied Fine Arts at Boise State University before marriage to husband Peter in 1981 brought her to Prince Edward County, where she has painted, taught, and exhibited ever since.  Her oil paintings can be seen at Mad Dog Gallery near Picton, and Canterbury Hill Studio and Gallery in Rockport, MA. 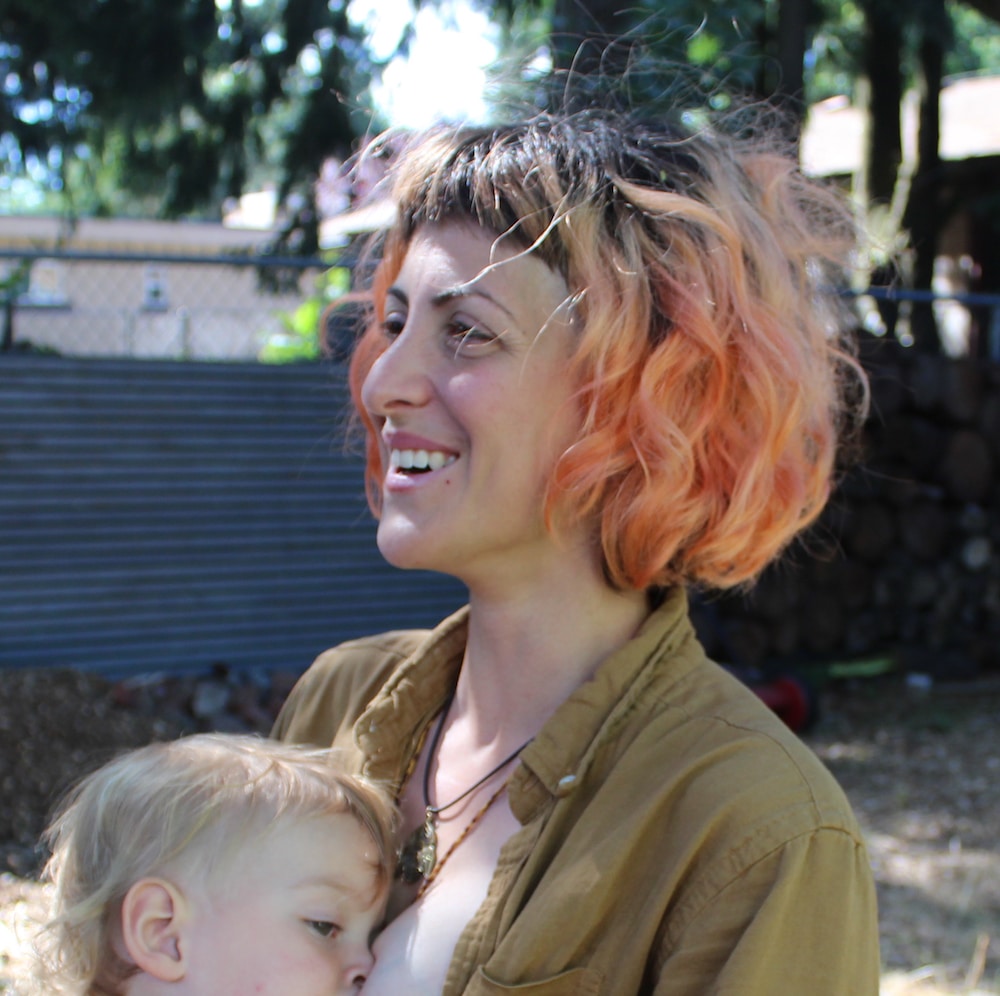 Kamee was born into an Armenian family displaced from the SWANA (southwest asian, north african) region, and grew up in an immigrant suburb of Toronto. They arrive in the world today as a queer and feminist mother, interdisciplinary creative, scholar, writer, producer, and facilitator. They have a BFA/BA in film and political science (Concordia University), an MA in expressive art therapy (European Graduate Institute), and soon to be MA/PhD in community, liberation, indigenous and eco psychologies (Pacifica Graduate Institute). Their work is steeped with relational, generative, visionary and liberatory practices oriented towards ancestral reclamation, diasporic futurism, and radical imaginaries. They have published both literary and academic work, facilitated workshops, and exhibited and curated art, films and staged performances internationally.

Kate Golding is a British born surface pattern and wallpaper designer based just outside Prince Edward County.  All of her artwork is forged by hand using brushes, ink and fine line pen on thin transparencies on a light table.  Kate’s patterns can be found on collections of wallpaper, textiles and also custom design collaborations.

Note: Check out the beautiful Balzac’s Biggins Coffee collection, designed by Kate and enjoyed by several of us over amazing coffee chats…

Kate is photographed here at her home in front of her sumac wallpaper. 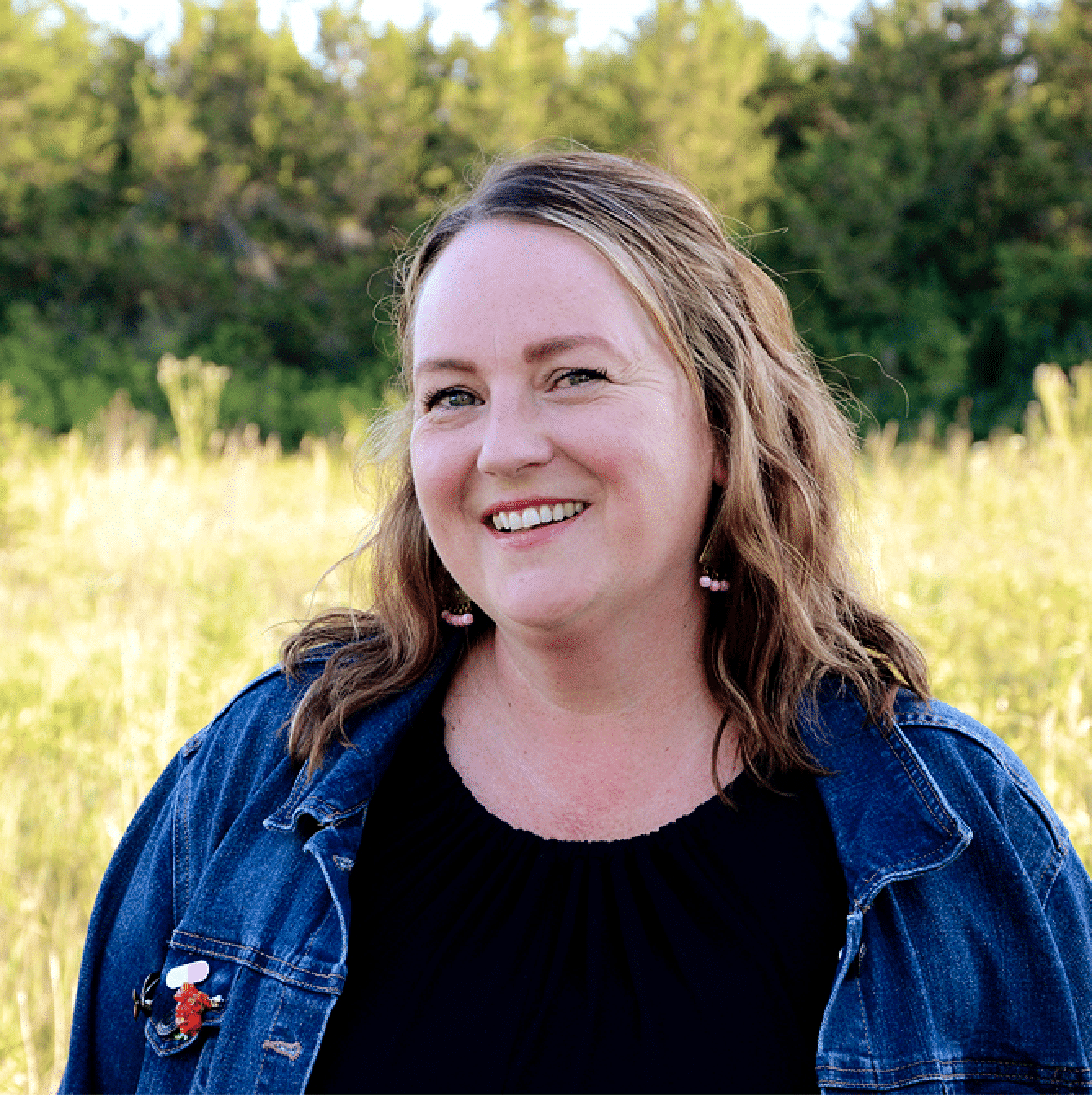 Krista Dalby is the Artistic Director of The Department of Illumination and is devoted to bringing fun & creativity to the people of Prince Edward County through events such as The Firelight Lantern Festival, ICE BOX, The Scarecrow Festival and more. New projects include the community project Art in Isolation (in partnership with META The County) and facilitating The Art Kitchen Online. 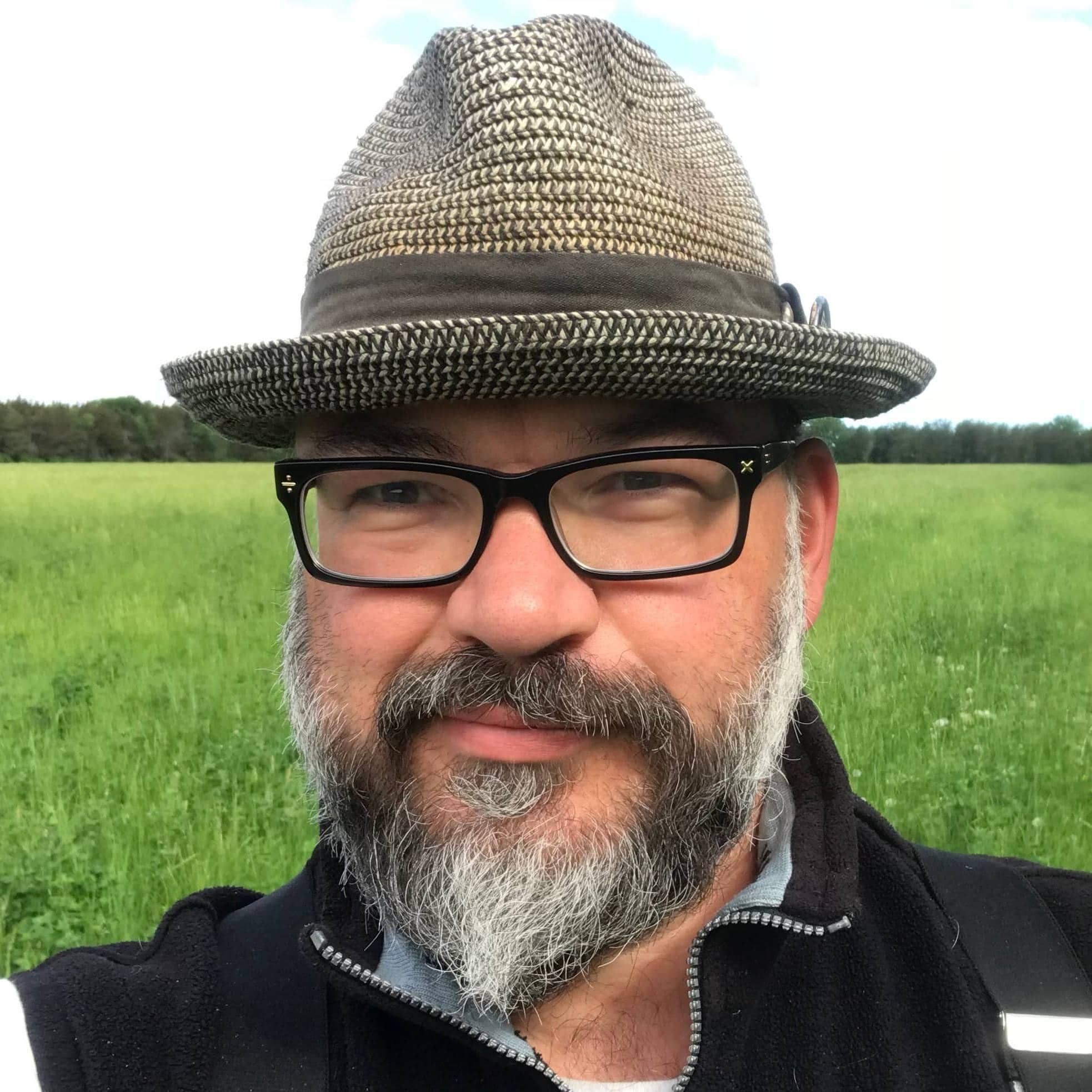 Marc Keelan-Bishop’s illustration studio is located exactly 17 steps from the coffee pot and 543 steps from the beautiful Bay of Quinte in Prince Edward County, Ontario. The County stars in his ongoing series of popular PEC faux tourism posters. His bright, crisp art has graced posters, magazines, books and all corners of the internet.

In 2010 Milé left Toronto, relocating to a 150-year old farmhouse in Prince Edward County, Ontario, where he’s able to paint (and build scale models) with utter freedom. Since moving to PEC, this new landscape and its people have greatly influenced his subject matter over the past four years: local farmers are featured in his Field to Canvas portrait series; there are the pastoral Barnscapes; and his 33 on 33 project which had him painting 33 scenes in 33 consecutive days en plein air from one end of PEC to the other along Highway 33, followed a few months later with County 101, a 101-hour ink painting marathon (no sleeping allowed) during which he painted 101 scenes of the people and places of Prince Edward County. He’s been making videos about his paintings (and other creative projects) since 2013. They can be viewed on his YouTube channel.

He has shown his paintings in numerous solo and group exhibitions and his work is in public and private collections around the world. Milé was born in Canada in 1971 and grew up in the lovely cliff side town of Scarborough, Ontario. He is still alive and his current whereabouts are known. 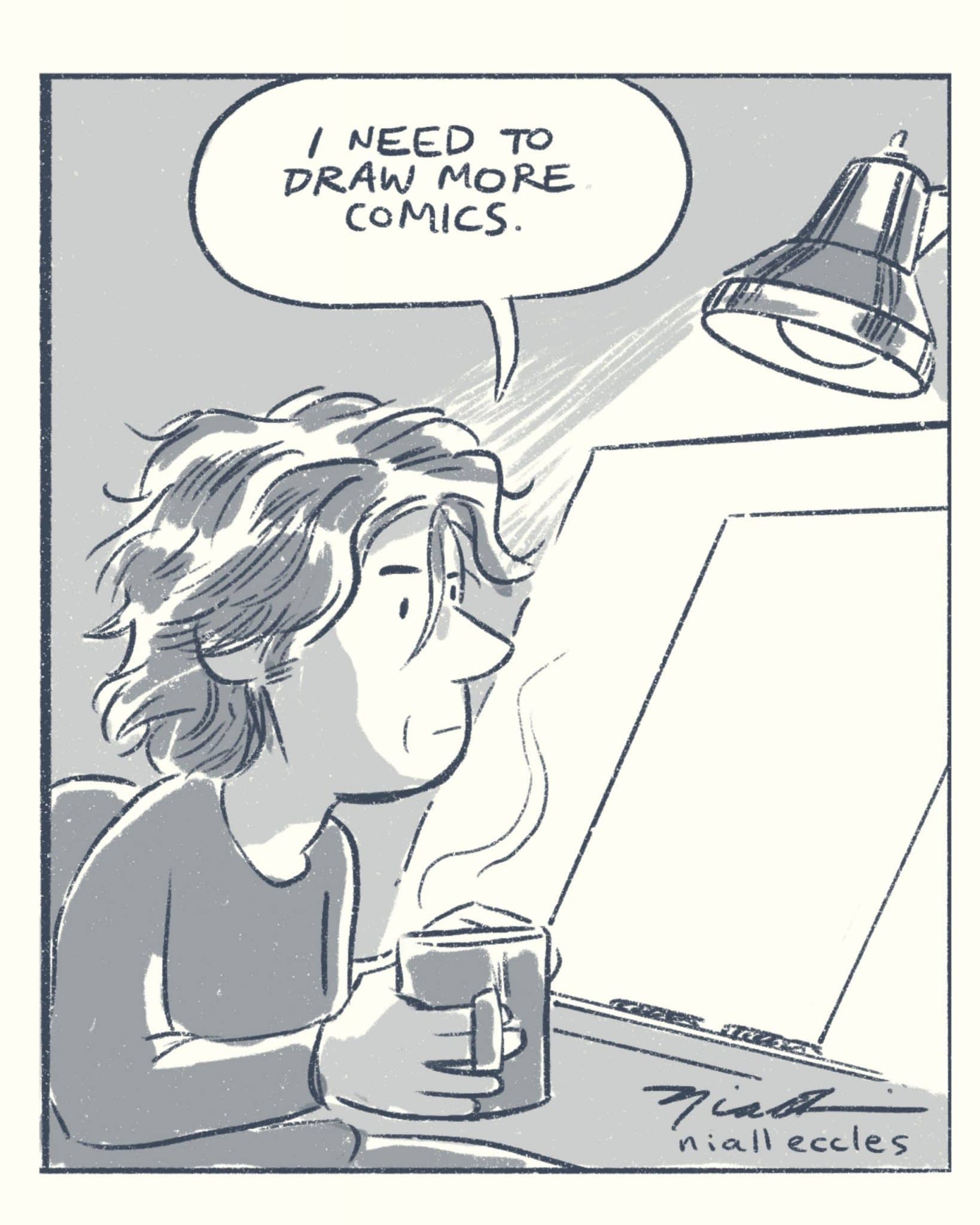 Niall Eccles is from Prince Edward County. He is a graduate of Sheridan College’s Classical Animation program, and has worked as a character animator and illustrator. He has recently illustrated his first picture book, ‘Stego-cumulus’, published by Scholastic Canada. Niall loves to present many of his own characters and cartoons on his Instagram. 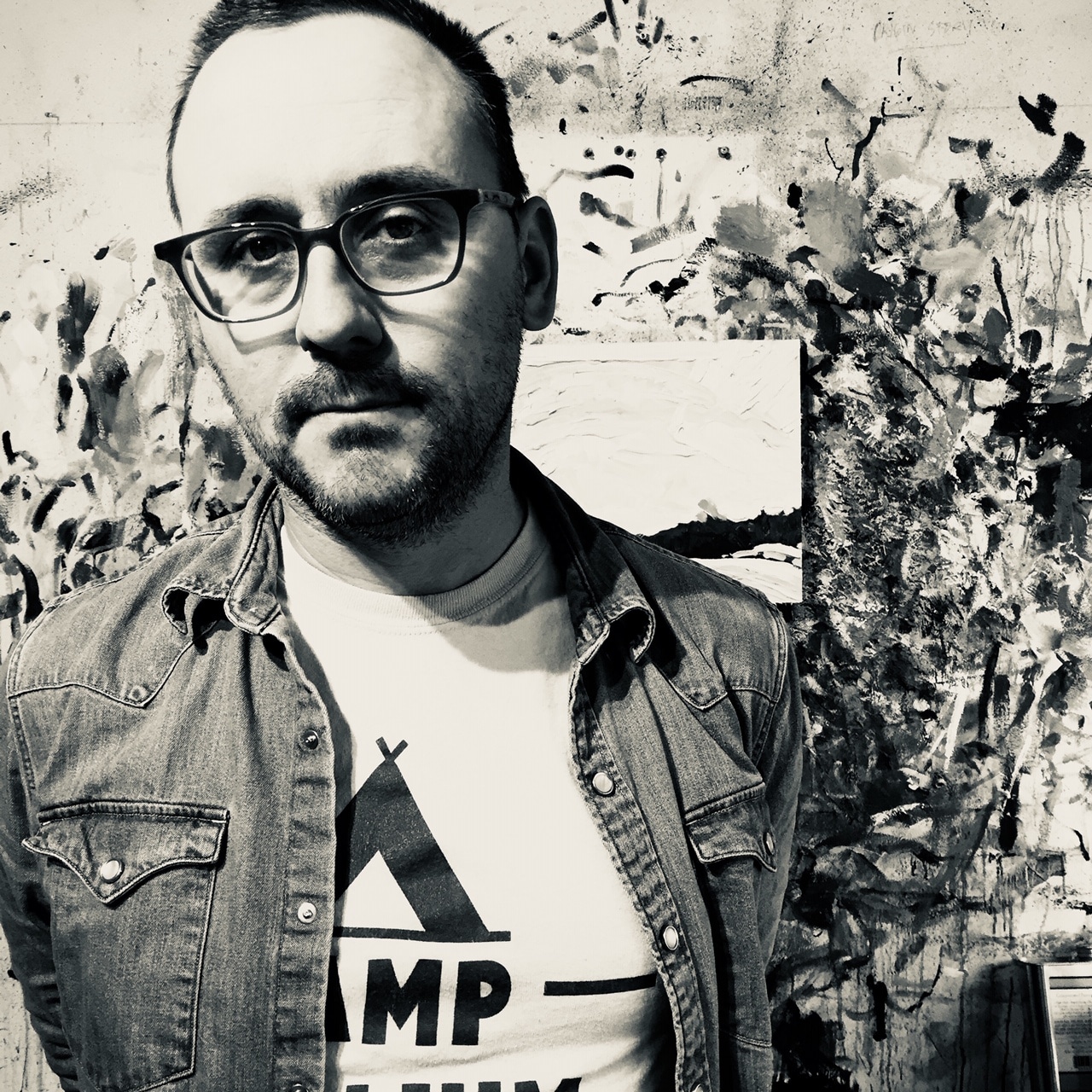 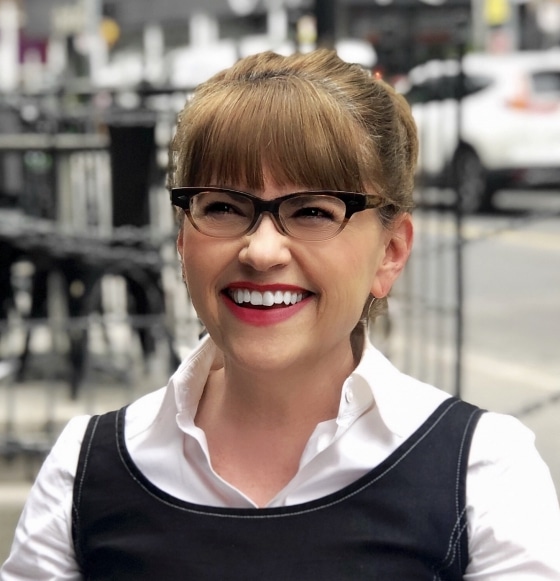 Susan Smythe-Bishop, creator of The Citiot and County Characters is a seasoned marketing and communications professional with over 20 years of experience working in film and in the arts. For the past few seasons, she volunteered her time doing PR work for Festival Players of Prince Edward County and helped to launch Wellington Water Week. Her current focus as Vice President of Touchwood PR is on the promotion of film and series for Netflix in Canada. She is also the Co-Founder and Co-Director of Pioneering Women, a not-for-profit mentoring association for women working in the arts; an award-winning cake designer and has an illustrated blog called The Accidental VP that chronicles her own experiences and observations of management as her career grew in the film industry.

Susan and her husband Tim fell in love with The County in the late 90’s, which lead them to purchase their first place here close to 13 years ago. Three years ago they decided to make Prince Edward County their permanent home, and there has been no looking back. Her “County Characters” has been an ongoing organic passion project that is essentially a celebration of the incredibly talented and inspiring individuals that make Prince Edward County so unique and special to her—and there are many many more to come.