What do you get when you combine an old, decommissioned and converted church that’s decked out for luxury, some of your favourite chefs, some of your favourite winemakers, a handful of other County royals, a PA system, two microphones, lasers, a smoke machine and a grand pulpit? Let me tell you, friends: you get a damned good night.

It’s a fact that there are a lot of incredibly pretty spaces to stay at in the County. There are even some other incredibly pretty church-turned-bnbs up here—but, it’s not just the sheer gorgeousness of this space that makes it so special, it’s the beauty of close attention to detail and a carefully considered conversion. Of all of the considerate touches we noted during our stay here (a beautiful bottle with a welcome note, a sound system ready to play your tunes, a fireplace stacked and ready to roar), the most lovely was really the elegance of the restoration itself—the restrained touch that enhanced so many of the original elements, while pointing them towards a new purpose.

Built in 1888 (on farmland appointed by the Canadian government to landowners in 1802) and then decommissioned in 1967—the former Massassagua United Church saw its first life as a residential home in the ’90s.  “I wanted to restore the original character of the church with an updated modern look and feel with neutral colours,” says The Prince Edward County Church‘s current owner Adam Turner, pointing toward the delicious all black, white trimmed interior. “I came across the property and saw the huge potential, it just needed some love. The largest expense of the renovation was removing the 1960’s Scandinavian style red brick chimney right in the middle of the room that went all the way to the top of the ceiling, through the attic and 10 feet above the roof.” The fireplace totally interrupted the open concept of the church space and it hadn’t been used in 30 years because the previous owners had added another, less intrusive fireplace as well as insulation in the walls. “Luckily it wasn’t structural,” Adam continues, “but it was quite the project. Removing this would totally open up the space and there was no way getting around it.

“She has expensive taste, but the result was totally worth it” Adam noted of the breathtaking design , conceptualized and executed in partnership with his mother (Nancy Turner Interiors.) “The former owner also had dark plastic panels over the windows,” he continued, “once we removed these the light just poured in.”

When Mark and I arrived at around 3pm, the light was doing just that and shafts of sunlight bathed the former nave in a gorgeous, happy glow. Part of me wished our guests were slated to arrive earlier so they could see the Church in all its bright, sunshiny glory—but I also had a strong suspicion that this evening would offer another, no less spectacular dimension of this former house of worship.

It’s not often that you have a really unusual and thrilling space to entertain in, so we wanted to do justice to the bizarreness of entertaining in what certainly looked and felt like an upscale church and also rally and mobilize the massive talent of our guests.

Basically everyone there (besides me) was immensely skilled in the culinary arts, whether it was their specialty or not, so it was decided that we would each choose one dish and we’d prepare them all together in the kitchen at The Church. We decided on a theme, ‘paesano’ (‘peasant’ or ‘countryman’) foods from around the world—dishes that required simple, accessible ingredients and were created and enjoyed by the common people of various global geographies. The kitchen was lovely, modern, convenient and spacious enough for us all to get in on the action together and across the bar, there was a lovely sitting area, so we could take breaks, snack, drink, and hang out together even when we weren’t cooking. The tunes were good, the vibes were great, and the night was young. 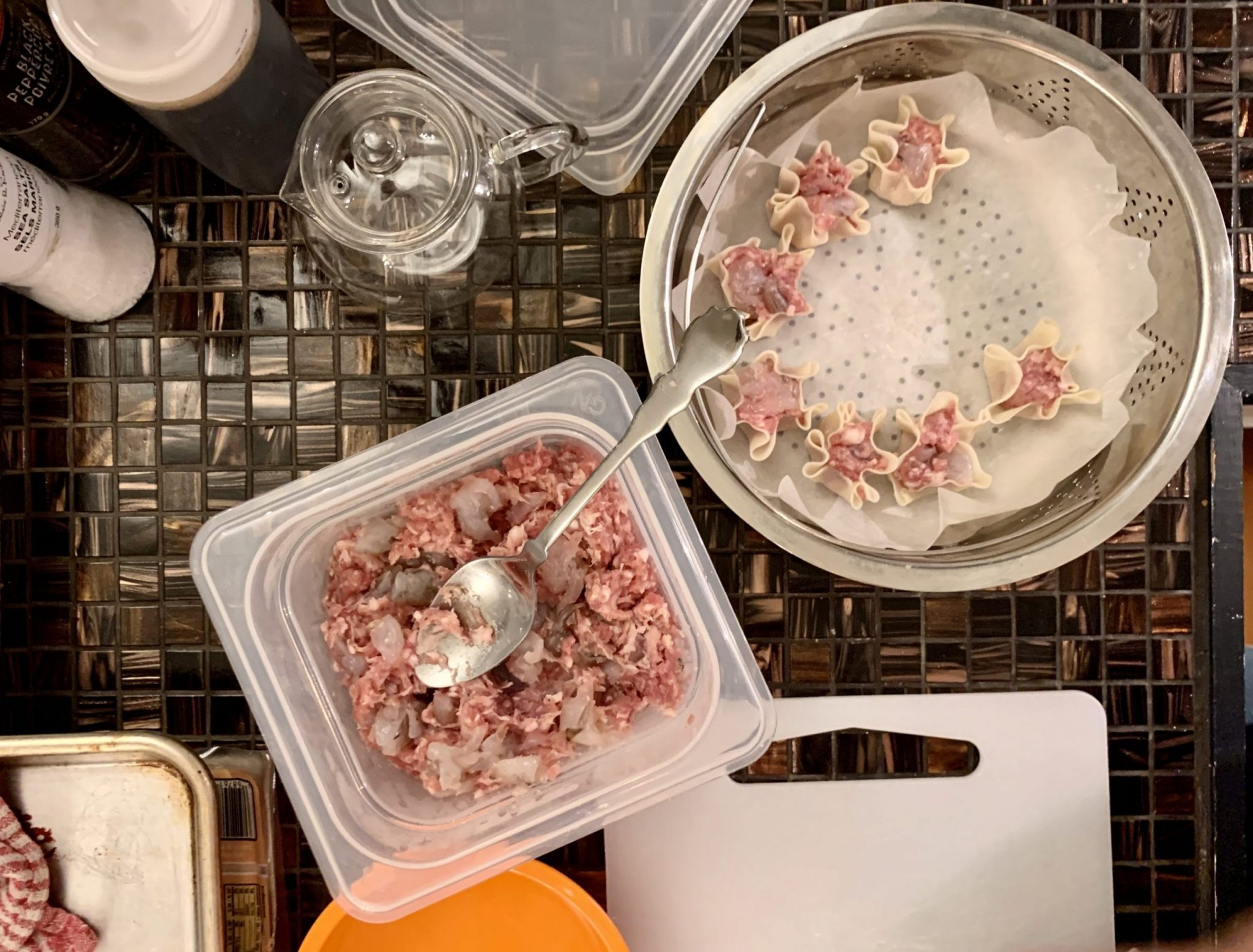 Since I can’t cook, but I do have a mean cheese & char getup, I went with a Belgian Monastic Cheese Board. Albert showed me up dramatically with his beautiful Salt Cod Brandade, served with homemade bread. The rest of our menu looked like this… (try not to drool):

No detail in The Church was overlooked and the many candelabra were lit all around to perfectly set the mood. We ate family style at the classic Baker-style dining table that took on an almost Gothic feel situated in the pulpit, overlooking the whole stunning open-concept main area. As always, the conversation was of the highest order, the topics were, perhaps, slightly more surreal, possibly guided by the spirit of our surroundings.

Picture this: you’re standing in the pulpit, looking over the railing at all the great faces, suddenly the smoke machine starts up, a rainbow of criss-crossing laser beams fills the entire great room and you get your cue on the screen: Life is a mystereeee…..

A lot of us are pretty into karaoke in the County and it’s not lame, okay, it’s awesome. It’s especially awesome when you’re sharing time with some of the greatest people, drinking some really special wine, enjoying the best food and conversation, and also singing your little heart out. This night at the the Church, we managed to get in some serious sacred karaoke tunes—from Madonna’s risque ‘Like A Prayer’ to the secret chords of Cohen’s ‘Halluljah’ and I’ve gotta tell you, it was moving (and I’m not just talking about the perfect acoustics.)

“I took a huge gamble because, while I thought that staying in a church would be amazing, I didn’t know how the general public would feel about it,” Adam confided in me. Well, let’s just say I’m booking for another round in March.

Inside The Bottle: Old World Terroir in Prince Edward County

Rosehall Run Pt I: Bubbles with Dan Sullivan & The County Wine Review
0
February 23, 2020
No Comments Yet